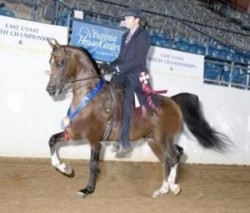 An awesome stallion offered for your breeding consideration, standing at very affordable private treaty to approved mares for the 2015 breeding season. The goal is to get him bred to some mares of like-producing potential. He is an East Coast Champion English Pleasure horse. His personality is a triple A+! This friendly guy is very animated, yet easy to handle. He’s also got quite a sense of humor: He plays with arena cones for hours and will run off with anything left on the arena fence! There is no horse in his pedigree that a performance breeder or trainer will not recognize! They are all famous as producers of  champion performance horses. His dam, EE MSINDEPENDENCE, is granddam of AFIRES HEIR. His paternal grandam is the multi National Champion, Mac Baske. You can view his pedigree here. This is the type of horse that should procreate. . . If you have a mare with performance producing potential, let’s talk! View Breeders Sweepstakes sire 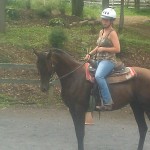